As the Bruce Highway spans over 1,000 kilometres from Rockhampton to Cairns, there is only a small number of trainers who will be on hand for almost every day of the 2021 TAB Northern Queensland Winter Racing Carnival.

Leading Rockhampton trainer Jared Wehlow is one of the few.

Born in Townsville and now based in the Beef Capital of Australia, Wehlow’s father – Greg – previously trained on the Atherton Tablelands, where Jared also spent some time in his youngest days.

It gives Jared, who has around 30 in work at Callaghan Park Racecourse, an appreciation for the entirety of the north as he has raced his barn up and down the North Queensland coast for years.

“We always support all the carnivals, it is a great time to go to Mackay, Townsville and Cairns, I have a lot of owners in Townsville, as well as being born there,” Wehlow said on Thursday morning as the Northern Carnival was officially launched at Callaghan Park.

“I have a fair few horses that the Townsville people will want to see and I also have plenty in my stable from Cairns, mostly from the Jorgensen family.

“Inquiry, who is owned by the Jorgensens, is now back with me and he will look forward to going to the Mackay Newmarket in the coming weeks and then go further north as well.

“We always support the carnivals and it is a great time of the year.

“My Dad always supported all the northern carnivals when I was a kid, I have been going up there for as long as I can remember, it is a tradition these days.”

The Northern Carnival will officially commence in Rockhampton on Friday before enjoying stops in Mackay, Townsville and Cairns over the next two months.

Staged over 10 action-packed meetings, more than $3 million in prize money and bonuses will go on the line.

The Wehlow barn had to scratch race favourite North Afrika on the eve of the 2020 Cairns Cup after the big chestnut gelding was a bit sore from a stone bruise.

Back in 2019, Unbiased, Wehlow’s FNQ Cup chance in 2019, was vetted and declared a late scratching just before the race on veterinary advice when found to be lame in his off front leg.Jared WehlowNEXT RACINGPAYNE PRINT OPEN Handicap 1560m / 9 Dec 2021 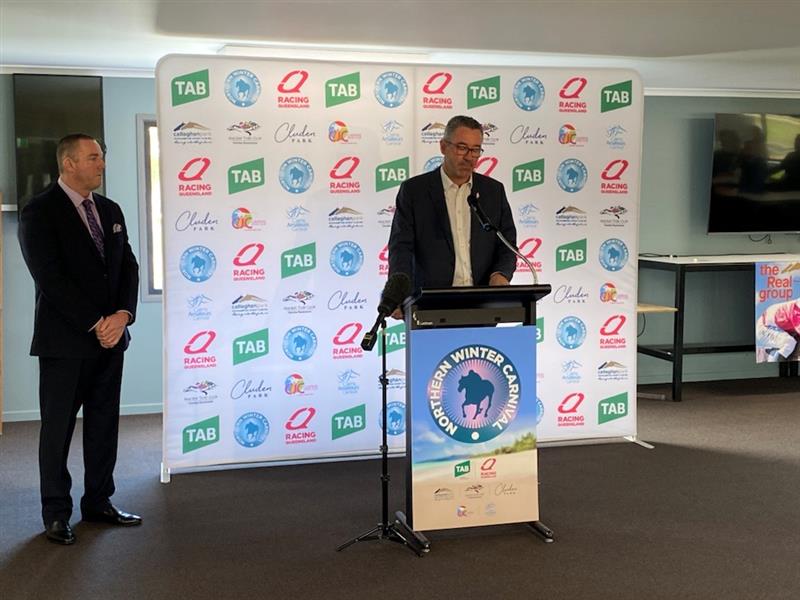 Before he makes the long drive to Cairns later in the carnival, it is his now hometown feature races that Wehlow will put his focus in to first.

Wehlow has local hope Only Wanna Sing in the Newmarket on Friday and will also start Fly For Yulong in the Rockhampton Cup on Saturday.

He could not be more frustrated with the barrier draws – handed 15 for both of the Rocky feature runners this week – but is set to come in a peg or two following scratchings.

“We have drawn the car park here on Friday and Saturday, it will make it harder for us but Only Wanna Sing has been kept fresh for this race and he loves his home track,” Wehlow said.

“The barrier has put a dampener on things but he will go forward, he is a better horse when he does go forward, but I will leave that up to jockey Ben Thompson, they say he is very good with his form so I will leave it up to him.

“Fly For Yulong has drawn wide as well, but it is the best he has been this prep so all we can do is hope.”

“There is a range of things, there is new patron facilities and refurbishments here at Rockhampton, they are great new upgrades,” Parnell said.

“At Cairns, the new events centre construction will start after the carnival while in Mackay, they have had a members upgrade.

“Townsville has all new facilities and tie-up stalls.

“On the track, it is also exciting with Magic Millions sponsoring a Guineas series in all four northern cities – it is the Capricorn Guineas in Rockhampton, the Whitsundays Guineas in Mackay, Townsville has one too and the Daintree Guineas in Cairns.

“It is a new investment in regional Queensland by the Magic Millions.”